Bluelab Connect forms a wireless network between your computer and all of the devices in your system. These devices are constantly in communication with the computer via the Bluelab Connect Stick, but they have only a limited range over which this is possible. 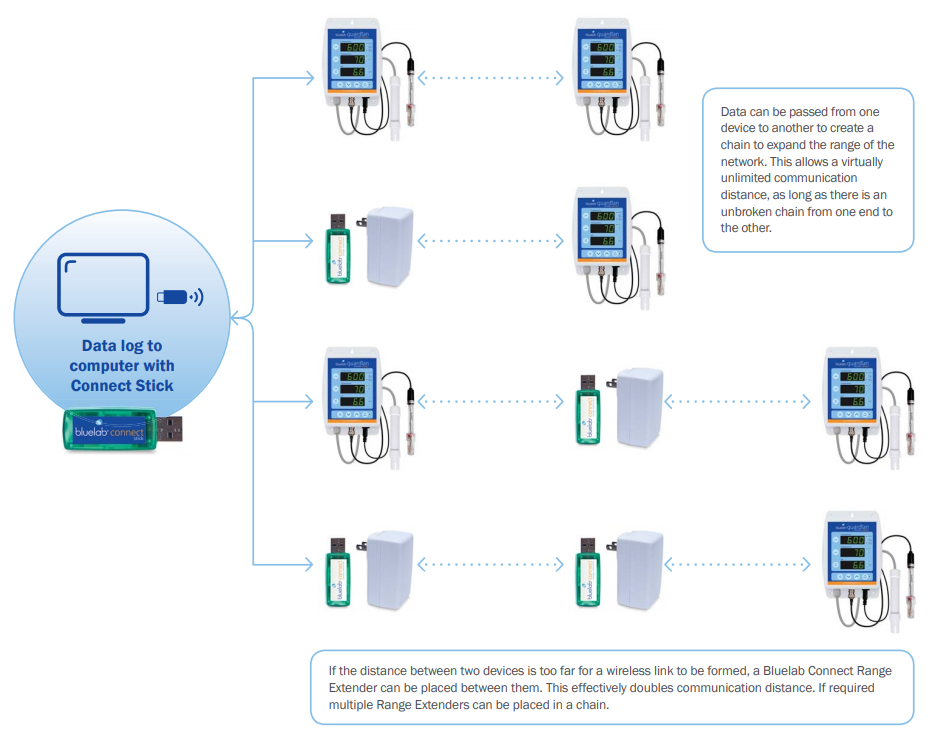 If the communicating devices are mounted close to the ground (less than one foot), over half of the Fresnel zone can be obstructed by the earth, which results in a signifi cant reduction in communication distance achieved. To avoid this problem the communicating devices should be mounted high enough off of the ground (6 feet being optimum) to avoid the earth interfering with the central diameter of the Fresnel zone.

If obstacles exist between two points resulting in poor signal strength, the communicating devices can be raised on one or both ends to clear the Fresnel zone of obstructions. How far above the ground and other obstacles the antennas need to be is determined by the diameter of the Fresnel zone. In this case, the central diameter required is approximately 3 meters (10 feet).

Transmission is most effective with a clear, unobstructed line of sight between the two points...
a radio frequency (RF) line of sight requires a ‘Fresnel Zone’. 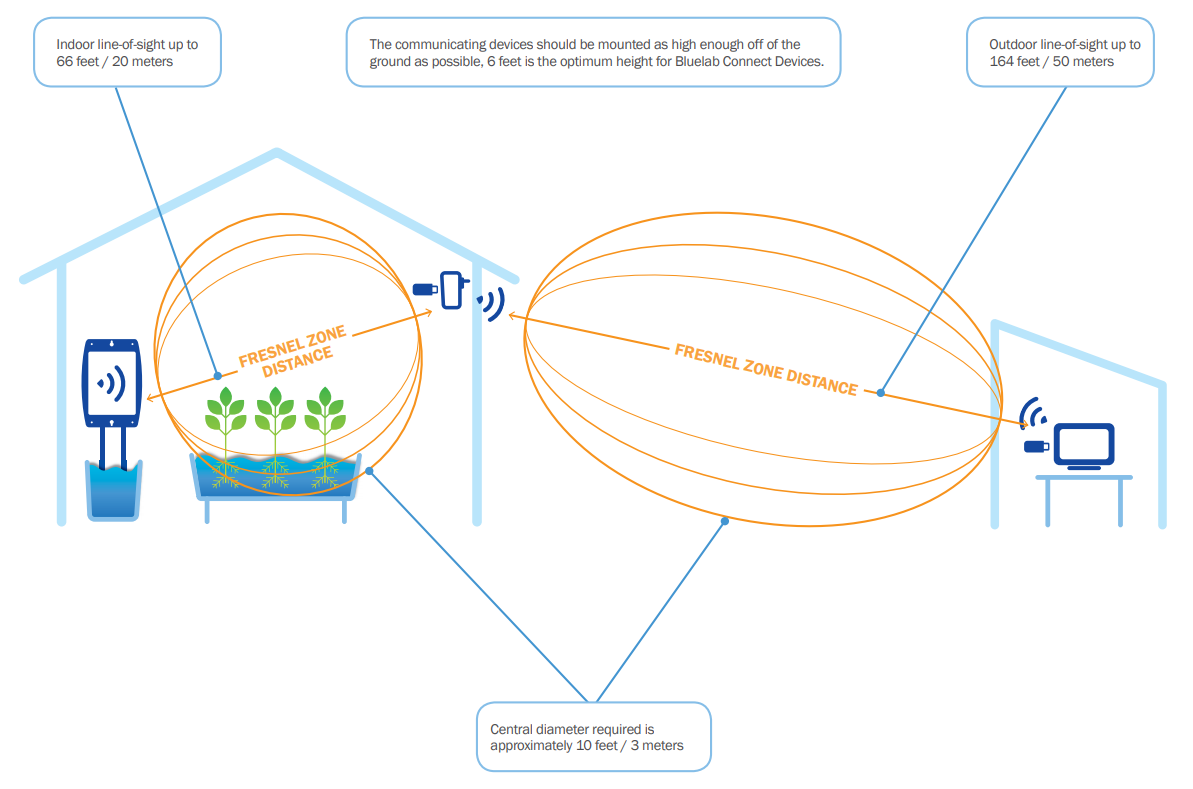 When mounting your devices, care should be taken to make sure they are as far away from metal objects as possible. It is advisable to give at least four inches of separation, more if possible, between the communicating device and other metal structures or objects. If nearby metal gets too close to the antenna it has the potential to interfere with transmission and may reduce its range.